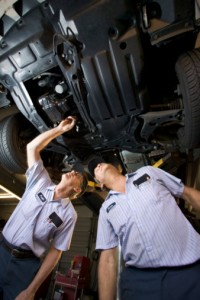 Previous news articles within our website have commented on the manx Department of Infrastructure’s (DoI) consultation exercise, which recently closed for comments, regarding the introduction of regular compulsory vehicle tests for the Isle of Man.

Currently, only a limited number of vehicle types are required to go through annual vehicle examination tests (in the DoI’s words, they are ‘annually certifiable’) and these broadly include hire-and-drive vehicles older than three years, cars used as taxis or private hire vehicles, minibuses, buses, coaches, larger goods vehicles and all articulated goods vehicles.

The consultation exercise is considering the possibility of extending some form of test regime to private cars, which currently are only subject to a one-off test if they are more than three years old when first imported to the island.

A number of other classes of vehicle are also currently exempt, including motorcycles, trikes, quad bikes, and various others which are normally outwith private ownership, such as ambulances, fire engines, snow ploughs and the like.

A number of other instances, including prohibited vehicles and exported vehicles being re-imported to the island, also call for the same certificate. Examiners also have the authority, on an ad-hoc basis, to inspect any vehicle being used on the island’s roads, along with the authority to prohibit any such vehicle from the road, and to force inspection of the vehicle.

Tests are carried out at the Vehicle Testing Centre near Douglas, where cars, mopeds and motorcycles can be tested for £55 (£65 for a Saturday test), and all other classes – goods vehicles, buses etc. – for £63 (£73 on Saturday), with mileage fees chargeable should a test be required away from the test centre. Pedestrian-controlled vehicles can be tested from £21.

There are currently three levels of written defect classification, should a vehicle fail its test. A ‘defect notice’ indicates that the examiner deems a defect to be low risk.

A ‘defect letter’ indicates there is a low risk at present, but that some attention is required to the vehicle. If issued, the vehicle must be returned to the test centre within ten days with the defect corrected in order to be re-examined.

If there is any immediate danger to the owner or other road users, the vehicle must be removed immediately to a ‘place of repair’, although there is some flexibility on this if the owner can drive the car away taking due care, and taking account of the defect.