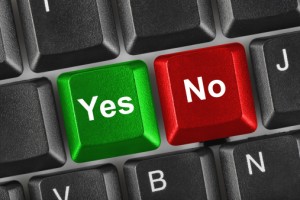 We previously commented within our website on the Department of Infrastructure’s consultation exercise regarding the possible introduction of compulsory vehicle testing on the Isle of Man.

At present, there is no compulsory test regime for private cars, other than for those which are more than 3 years old when first imported to the island. This is in marked contrast to the MoT testing regime in the UK, where vehicles are tested every year after their third year, and in the majority of Europe, where tests are typically carried out after four years, and every two years thereafter.

The Director of Highways, Richard Pearson, has stated that the cost of accidents on the island is between £28m and £40m per annum, with the “human cost” taking this even higher. It is thought that a one off test every 10 years, perhaps, could make significant differences to the number of accidents.

Whilst the full results of the consultation haven’t yet been published, interim releases to the press indicate that around 5,000 islanders have responded to the exercise, the vast majority doing so online. The Department of Infrastructure indicate that they will now proceed to examining the responses, and will announce their findings in due course.

Outwith the bounds of the consultation, some residents have expressed dissatisfaction with the proposals. Tony East, the secretary of the Vintage Motorcycle Club, has accused the proposals of being a money-making exercise, whilst acknowledging that the island is ‘facing issues’ in this regard. Mr East has handed a petition against the proposal of over 1,000 signatures, apparently gathered from vintage vehicle owners such as himself, to the Manx government.

We’ll present a further update once the Department of Infrastructure has released the full results of the consultation.